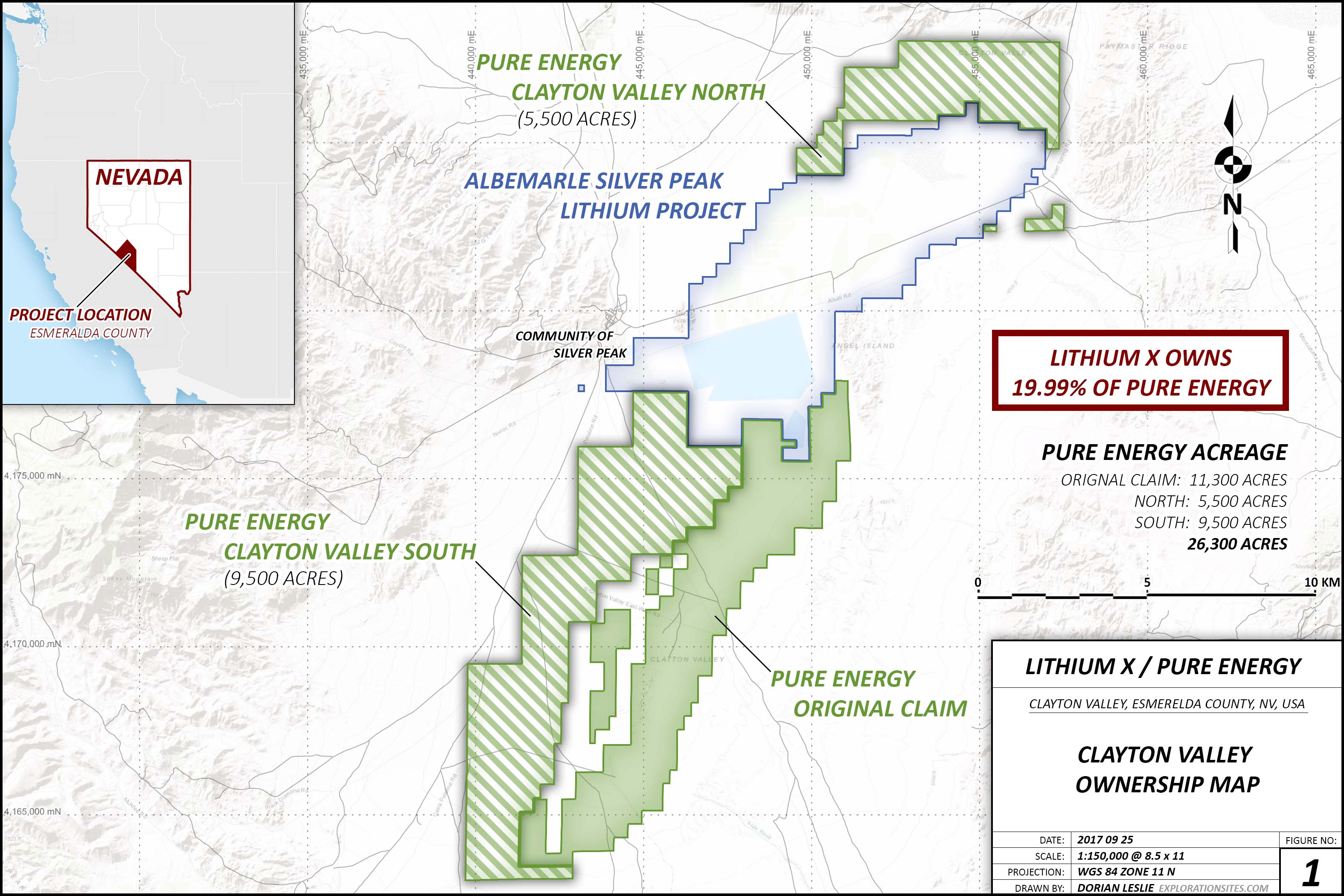 The Property is located in south-central Esmeralda County, Nevada, approximately 190 miles northwest of Las Vegas, Nevada and the same distance southeast of Reno, Nevada. Clayton Valley is an anomaly in several ways. It is in the center of lithium-enriched rocks and waters related to rhyolitic volcanism and associated hot springs that occur over hundreds of square miles. It has been an intact basin receiving fluids for millions of years, and those fluids are still at shallow depths because the valley is a stable knot in the dynamic Walker Lane and Basin and Range tectonic terrain. There are geologic arguments that lithium in this basin can be delivered via different processes to various reservoir rocks.

It is also the site of the only lithium brine production operation in North America – Albemarle’s Silver Peak, which has been in production since 1966. The number of publicly acknowledged aquifers has now grown from one to seven on the producing property. Pure Energy Minerals has recently released an inferred resource of 816,000 tons of lithium carbonate equivalent on their Clayton Valley South project, located south across a “bounding fault.”